Founded in 2010, GeneTop Biotech. Co.,LTD has a high-end molecular bio-detection platform focused on the human detection market and is expensive, so it is difficult to effectively promote it to the field of agricultural testing. With the development of agricultural biotechnology, there are many high-yield crops, or agriculture, fisheries, and animal husbandry, which require more accurate and sensitive detection methods to reduce economic losses.
Therefore, we focus on agricultural animals and plants. The development and production of biochip molecular detection products, using polymer materials, automated production to reduce production costs, and integration of multiple detection targets in the same biochip reaction, the development of high sensitivity, accuracy and low cost of rapid detection of biological The chip reagent kits are expected to be effectively promoted in the field of agricultural science and technology testing, to improve the quality of our agricultural industry, reduce economic losses and enhance international competitiveness.
In 2010, GeneTop Biotech successfully developed the orchid virus detection chip which can detect five main orchid viruses at the same time. It is favored by many well-known orchid tissue culture companies in China and actively introduces the quality inspection and monitoring system for tissue culture production.
2013 In response to the export quarantine requirements of the orchid industry, the virus type was increased to a biochip detection reagent capable of simultaneously detecting five orchid viruses. In addition to the existing orchid virus detection market in China, the products have been successfully marketed to China, Japan, and the Netherlands. , Thailand and Indonesia.
In 2012, in view of the demand for religious beliefs and the fake weather of food raw materials, the company actively invested in the development of biochips for species (meat) identification.
In 2013, it successfully developed a biochip that can simultaneously identify 19 different species. Cooperating with European partners for product certification, it has been approved by European official research units and has begun to evaluate and expand its business in the EU market. In 2014, it was successfully funded by the Ministry of Economic Affairs (SBIR) to develop a rapid detection chip that can simultaneously detect potato virus and bacteria against potato chips. Based on the main needs of the potato detection market, we further invested in R&D and modification. In the near future, it successfully developed a potato virus detection biochip that can simultaneously detect 8 potato viruses and 1 type of virus, and cooperated with the well-known Swiss plant virus testing company BIOEBA to produce products at the Swiss Federal Ministry of Agriculture (Agroscope Changins-Wädenswil, ACW) has passed the product certification, and has passed the actual sample verification experiment. (The verification result biochip and Real time-PCR match up to 100%, and the ELISA test results of the potato seedlings planted with the same potato ball are also completely consistent), the future It will be promoted and sold in the European market. 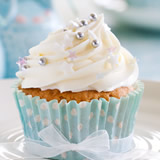 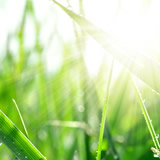 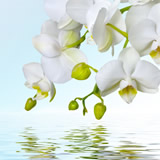